Many of us wish we had ancestors that came to America aboard the Mayflower in 1620. Despite my best attempts, I’ve yet to find any connection to that famous voyage. Nevertheless, I am proud to say that I’m a descendant of Edward Bangs, the English shipbuilder who arrived in 1623 aboard the Anne. He was one of the original purchasers and first settlers of Nauset, now called Eastham, Massachusetts. Apparently having little need for shipbuilders, he devoted his time to community service as surveyor, treasurer, and on various juries. He was also an innkeeper after settling in Eastham.

Edward arrived at Plymouth Colony aboard the Anne in 1623. According to parish registers, he was born at Panfield, Essex, England about 1591 and was about thirty-two years of age when he arrived. Records do not state whether he was married when he made the Atlantic crossing. Records do not clearly establish his wife’s surname as Hobart. However, many believe she was the daughter of Edmund Hobart and Margaret Dewey.

Jonathan lived in early life at Eastham, where he was selectman for three years, and deputy to the Old Colony Court, 1674-76-82-83-87. In 1692 he was representative to the general court. He was also for some time treasurer of Eastham. He was captain of the military company. In 1680, on a document relating to the boundaries of certain lands lying at Sautucket (later Harwich) and adjacent places, and signed by him and others concerned, he used a crest which belonged to the Bankes or Bangs family of England. 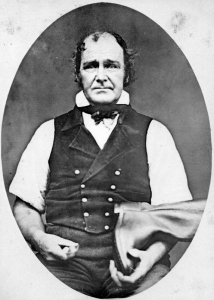 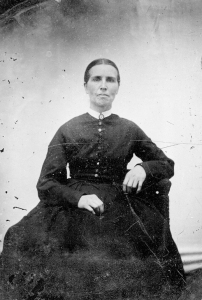 Zap.
A quick visit to Holland Road in Angola to look for the Pigman.